PORTRAIT PHOTOGRAPHER OF THE YEAR 2015/16

Just returned from London where I won the national Portrait Photographer of the Year Award. Chosen from over 1000 entries, a single makeover image of Georgia Austin from Doncaster won a trophy and a prize fund of £5000 which included £500 in cash for Georgia.

Makeup artist on the session was Sally Morton and retoucher was Admir Alicic. Georgia (16) is planning on using the images from the session to launch a modelling career.

From Bands to Babies to Boudoir

David Moffitt started out as a record producer and label manager in the music business, discovering his love of photography through providing publicity shots for bands, and 25 years on, he is an acknowledged leader in the field of portrait photography. 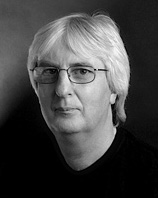 David Moffitt started out as a record producer and label manager in the music business, discovering his love of photography through providing publicity shots for bands, and 25 years on, he is an acknowledged leader in the field of portrait photography.

It’s often quite surprising how people find their way to a photographic career and for David Moffitt, the catalyst that turned an interest in taking pictures into a full-on business was a straightforward offer to help out by shooting pictures as a favour for his then employer.

“My background was in the music business,” he says, “initially owning a recording studio, then becoming a record producer, label owner and band manager before running the UK office of a Belgian Heavy Metal label called Mausoleum Records. I had always dabbled in photography as a part-time business and could see how much money they were spending on photography. I offered to help out and suddenly it was my responsibility to provide photographs of all the artists on the label roster (over 80 acts). Soon I was spending all my time flying around Europe, hiring studios and going on tour with bands.

“In the UK I began working for various publications on a freelance basis, titles such as Kerrang, Metal Hammer, Melody Maker and Sounds, as well as specialist magazines such as the Japanese title Burrn and Guitar Techniques. I would also go on tour for these magazines with bands such as Saxon and Motorhead. However, although it might sound exciting, after a while all the time I was spending on the road became quite tedious and I started to look for a different way of life.”

That opportunity to change direction arose in 1987 when David and his family moved house. “I converted an outbuilding into a studio and began shooting family portraits, babies and weddings,” he says. “I’d discovered what I wanted to do and, 25 years later, we’re still there, and that’s still our main line of business. Over the years I’ve also worked for a couple of photo agencies, including Getty Images, and I supply images of celebrities, actors, musicians, sports people and royalty to their photo libraries. I have also provided photo albums to HM The Queen and Prince Philip, as well as Prince Charles and Camilla. They are the first testimonials on our website. Other subjects I’ve photographed include The Rolling Stones, Paul McCartney, Sting, Bob Dylan and, more up to date, Olly Murs, Peter Andre and The Wanted.”

When asked why he believes he’s been so successful, David puts at least some of it down to time he’s spent building and maintaining long-term relationships with his clients. “I’m a great believer in customer care,” he says, “and that’s been at the centre of my business throughout my entire career. Recently I shot a wedding and on the wall at the bride’s mother’s home were portraits I had taken 22 years previously and then every few years in between. It can make you feel old but the continuity was gratifying: I listen to what customers want and try to provide it.

“On top of that we’re constantly looking for new trends and products, and stay at the cutting edge of technology (the expensive end) in terms of the cameras and computers we use.”

“I’m a great believer in customer care… that’s been at the centre of my business.”